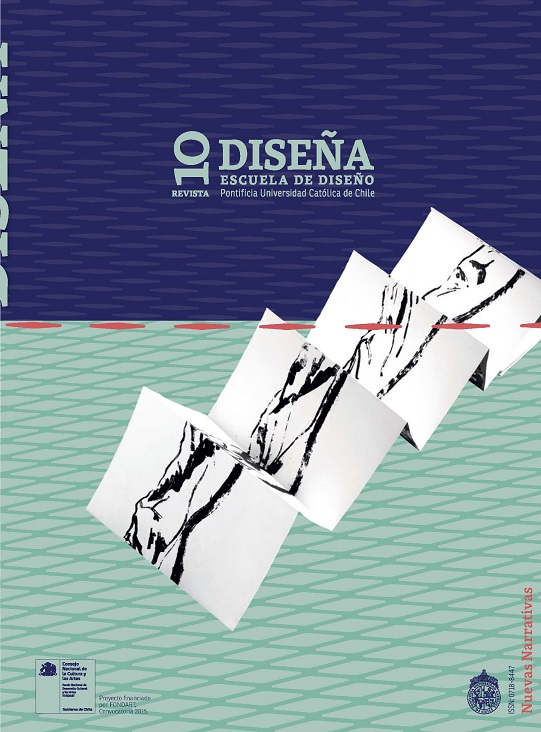 This article presents the visual narrative constructed by Chilean visual artist María Verónica San Martín (1981) in order to address the processes of detention, torture, extermination and disappearance of persons during the military dictatorship in Chile (1973-1990) in an interesting effort to generate an image of a historic episode of unimaginable cruelty (Didi-Huberman, 2004). From an intimate perspective, the artist builds a visual language based on the horror experienced during that period, establishing an analogy between the production, the techniques and formats of the works, and the processes lived in the country due to the military repression.

This work is licensed under a Creative Commons Attribution-ShareAlike 4.0 International license.

All contents of this electronic edition are distributed under the Creative Commons license of "Attribution-ShareAlike 4.0 Internacional" (CC-BY-SA). Any total or partial reproduction of the material must mention its origin.

The rights of the published images belong to their authors, who grant to Diseña the license for its use. The management of the permits and the authorization of the publication of the images (or of any material) that contains copyright and its consequent rights of reproduction in this publication is the sole responsibility of the authors of the articles.

Most read articles by the same author(s)